We are a firm that doesn’t just communicate progressive values, we live them. Our team is deeply connected to the movement and is committed to having our movement’s beliefs guide our work both internally and externally. 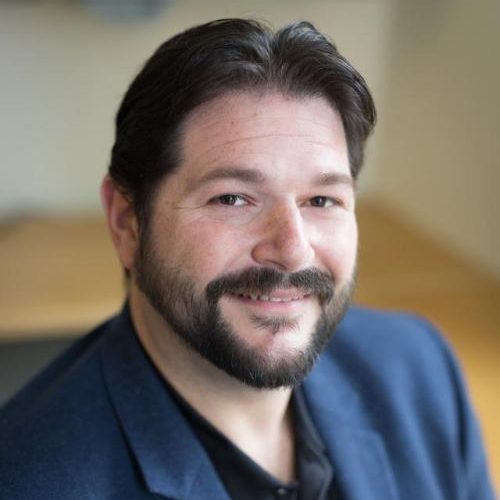 Brad has developed communications and PR strategy for electoral and issue campaigns at every level. He’s worked as a Senior Advisor for several Presidential campaigns, for party committees, large progressive organizations, independent expenditure campaigns and labor unions as well as resistance groups and issue advocacy organizations. He has handled some of the most difficult crisis communications problems during the Trump Era and is a trusted voice among Democratic operatives. 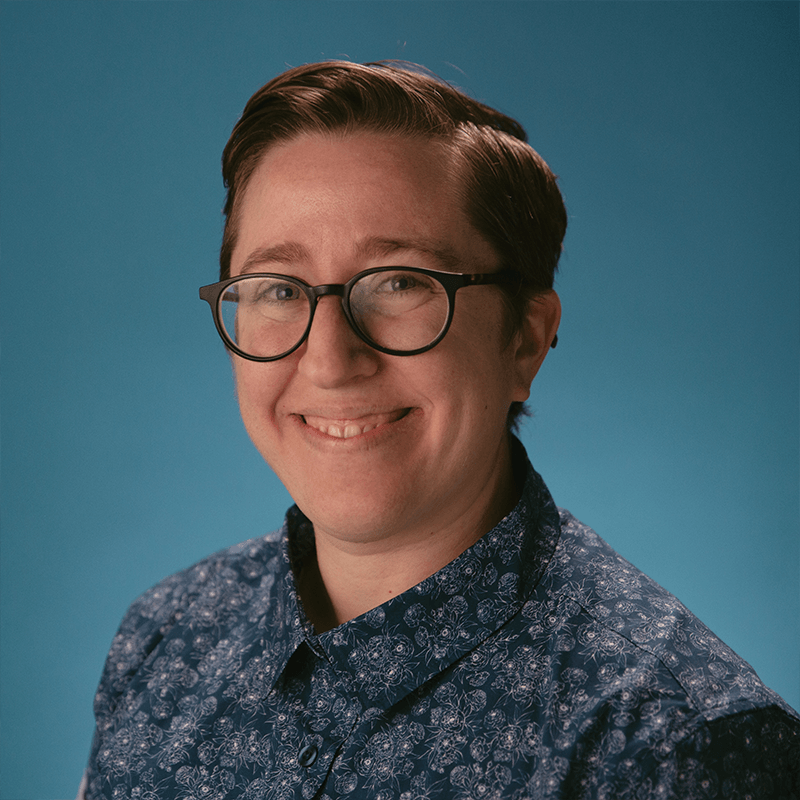 Julia has over fifteen years’ of experience with data-driven digital organizing, raising tens of millions of dollars for political campaigns and non-profits. She’s lead teams and programs at organizations like GPS Impact, ActBlue, MoveOn, and the Courage Campaign.

Her expertise is in driving integrated digital programs that are reflective of a strong brand identity and narrative, turning warm leads into donors and volunteers. She’s been a trainer, leader and mentor to countless digital organizers. And she serves on the board of the chapter-based Equality Federation and the Faith in Public Life Action Fund.

Ryan has been working with political campaigns and organizations since 2004. Prior to joining Fireside, he was a principal at GPS Impact where he led the digital efforts for Randy Bryce for Congress, Conor Lamb for Congress, Dr. Kim Schrier for Congress, and Andrew Gillum for Governor in the 2018 elections. 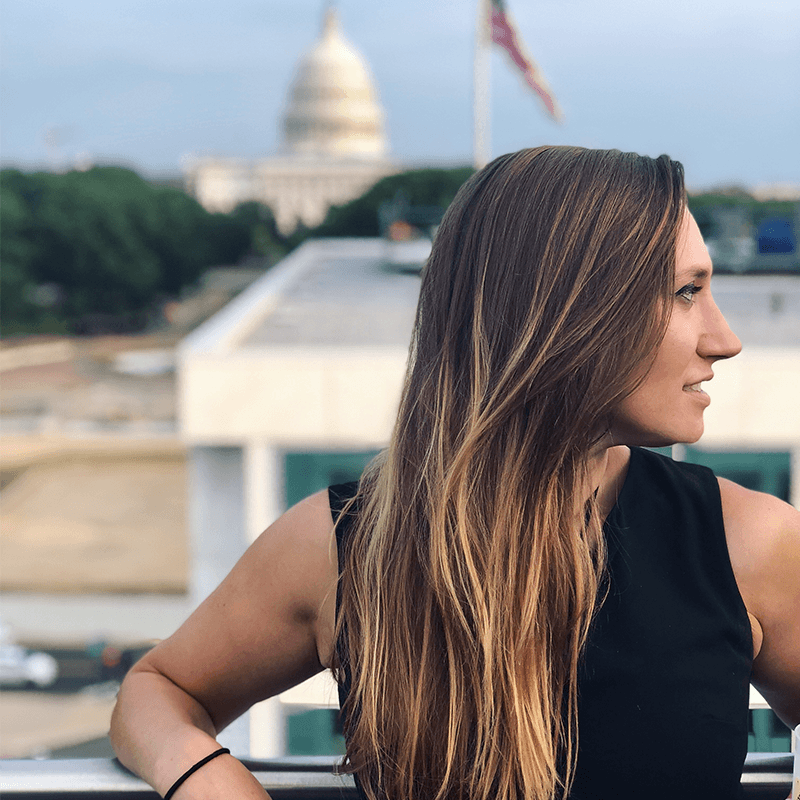 Ali Javery is a Principal with Fireside Campaigns and has been with the firm since day one. Since joining Fireside, she has been part of a team that has managed successful communications for organizations like the Sister District Project and the National Coalition on Health Care. Ali has played a significant role in the communications strategy around promoting and expanding Automatic Voter Registration across the country in her work for the Center for Secure and Modern Elections.

Prior to joining Fireside, she worked for Senator Sheldon Whitehouse as a Communications Assistant for two years, collecting daily press clips and working with local Rhode Island reporters. She worked closely with the office digital media team and with the Senate Democratic Media Center. She also worked with Planned Parenthood Federation of America and the Connecticut General Assembly.

Ali earned her Bachelor’s Degree in Political Science with minors in Women’s Studies and Entrepreneurship from the University of Connecticut and a Master’s Degree from Johns Hopkins University in Political Communications. Emily joined Firside Campaigns in November of 2018. She has managed PR strategy and press outreach for clients like the Democratic Legislative Campaign Committee, Run for Something, Action Network and campaigns like Jon Hoadley for Congress in Michigan and Janessa Goldbeck for Congress in California. During Emily’s time with Fireside, she has managed large press events, Congressional campaign rollouts and even the successful product launch for Action Builder, a new relational organizing toolset by Action Network.

Prior to working with Fireside, Emily handled communications and event planning for Chief Executives Organization. Prior to moving to Washington DC, Emily worked in Florida as part of the 2012 Obama Re-election Campaign, Ruth’s List FL, Charlie Crist’s gubernatorial campaign, Hillary Clinton’s presidential campaign in 2016, and the Sierra Club. Emily received her Bachelor’s degree in Communications and a minor in Women’s and Gender Studies from the University of South Florida in Tampa, Florida. 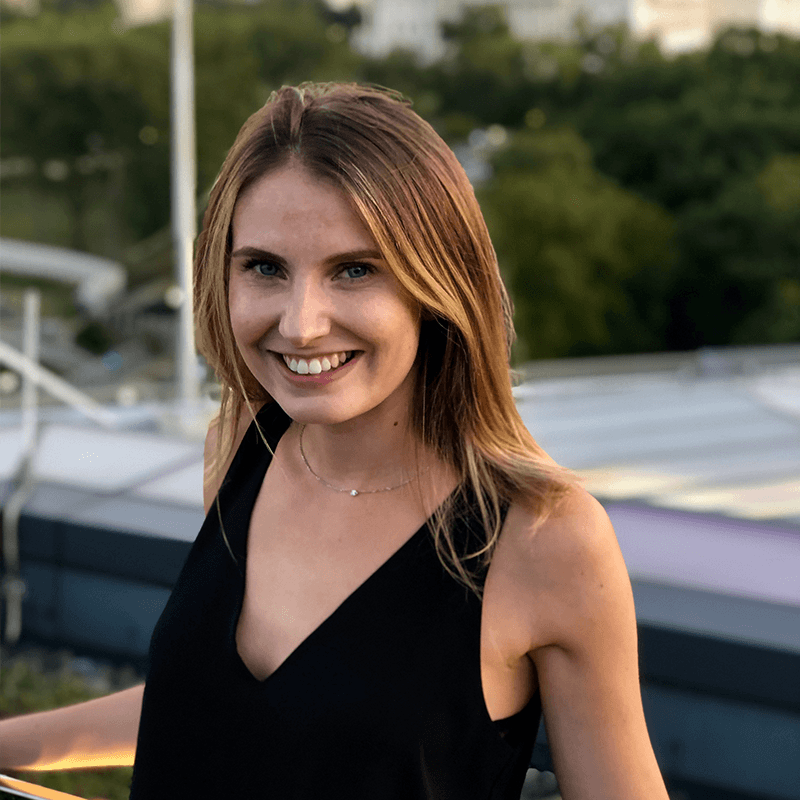 Erika joined Fireside Campaigns in early 2019 and has worked on some of the firm’s most successful client efforts. Erika has managed television booking operations for Indivisible, has coordinated print interviews for Run for Something at major national news outlets, and has provided communications support for Yang2020 and Black Lives Matter.

Prior to joining the Fireside team, she worked for several progressive nonprofits and democratic campaigns. Most recently, she was part of the press team for Jared Polis’ gubernatorial campaign in Colorado that lead to the historic election of the nation’s first openly gay governor. In addition to her experience in progressive politics, Erika holds degrees in Journalism and International Affairs from the University of Colorado.

Sam Parker is a Senior Digital Strategist with Fireside Campaigns, joining in November 2019 and executing digital strategy for a number of Senate and Congressional campaign clients.

Prior to joining Fireside, Sam worked at Revolution Messaging as a Digital Strategist, working on email and mobile strategy for clients such as the Democratic Senatorial Campaign Committee, Elizabeth Warren, and the Independent Drivers Guild. He also served as Managing Director of The Rival, a nationwide digital publication for college students, and worked in admissions for General Assembly, a tech and coding school. He graduated from The George Washington University in 2017 with a B.A. in International Affairs. 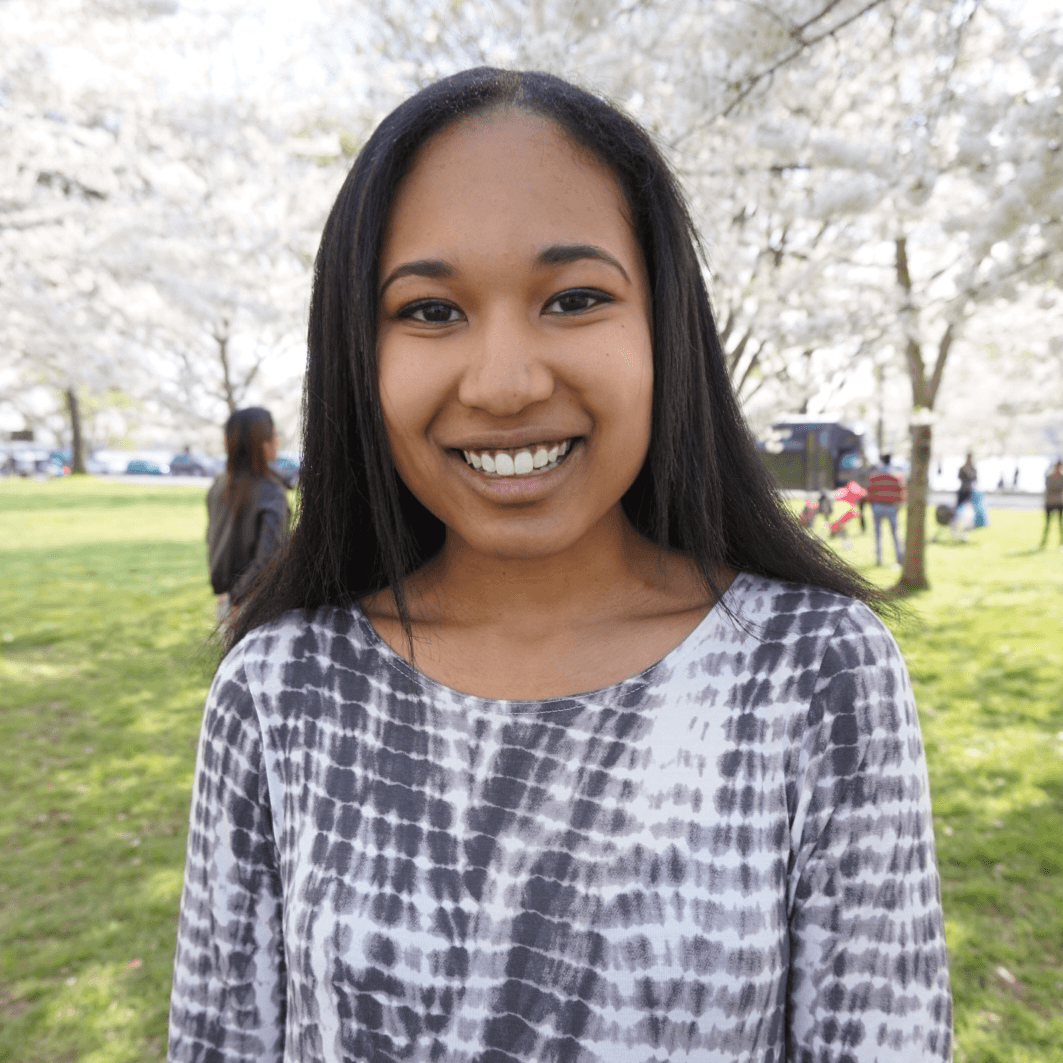 Anya joined Fireside in May 2019 and has worked on voting rights with the Center for Secure and Modern Elections, resistance groups like Sister District and Indivisible, and as part of a team handling digital communications for Black Lives Matter. Anya specializes in social media strategy and has helped to devise plans for organizations like the National Coalition on Healthcare.

She is an alumna of George Mason University. She is a self-proclaimed “military brat” who grew up overseas in Europe for 12 years. Before Fireside, she worked as an intern for Buffalo Agency, a sports marketing agency based in Reston, VA. 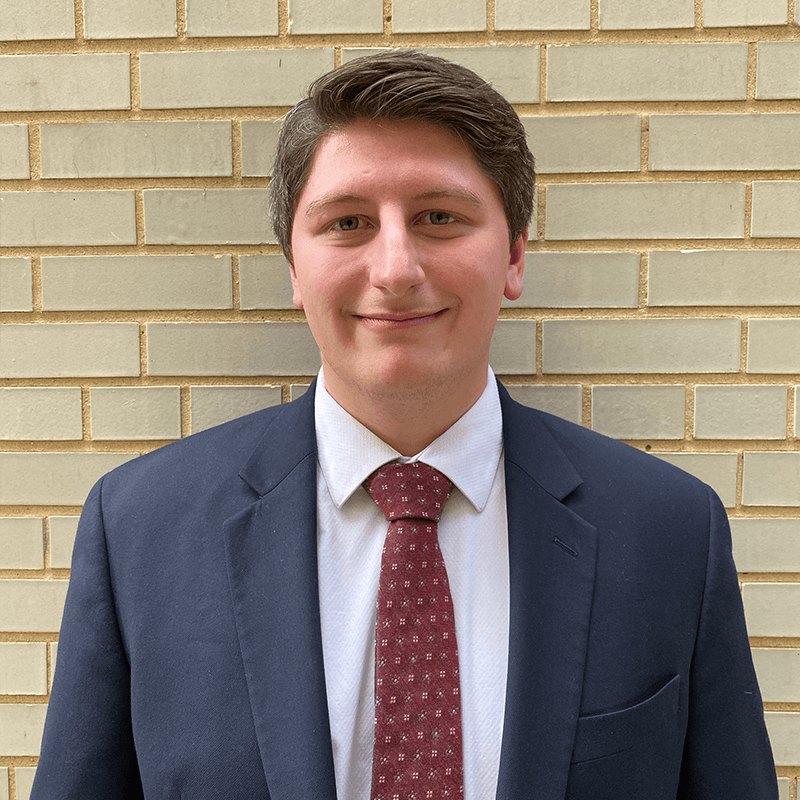 Dan Shaw joined Fireside in the spring of 2019 and has played an impact role in assisting efforts on, the DLCC, Jon Hoadley for Congress and several digital campaigns for Senators and members of Congress.

Dan began his political activism in 2014 working on a congressional race on Long Island, since then, he’s worked on state and federal campaigns every cycle. Dan was a DCCC fellow and graduated from SUNY Albany’s Rockefeller College of Public Affairs and Policy.

Dan has dedicated his professional, academic and personal life to becoming a political operative capable of curving corporate influence in American elections, guaranteeing access to healthcare, combating wealth inequality and ushering in a new era of government aid to disenfranchised and under supported communities. Prior to joining Fireside Campaigns, Ned worked as an intern in the office of Senator Sheldon Whitehouse. During his time in the Senate, Ned drafted social media content, helped compile press clips and assisted in legislative research projects. He also spent time working in Florida during the 2018 election cycle, working on both Andrew Gillum’s gubernatorial campaign and Bill Nelson’s Senate campaign– organizing, training volunteers and knocking on doors. 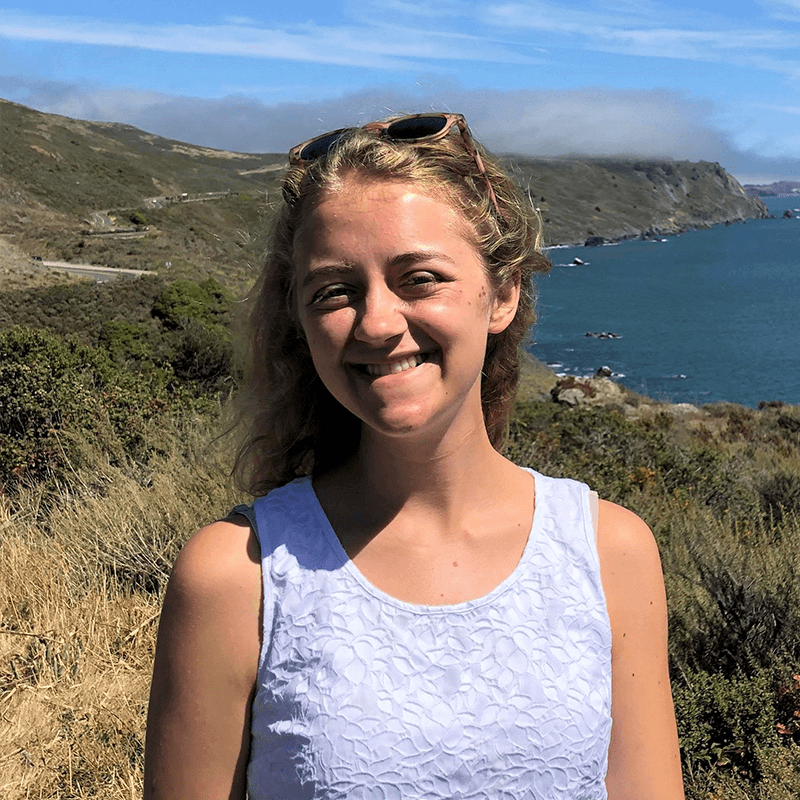 Vanja Frazier joined Fireside in October 2019 as a junior digital associate. She is working with candidates like J.D. Scholten (IA-04) and Brynne Kennedy (CA-04) to assist in email campaigns with the goal of raising money and spreading their vision.

Vanja worked on the Nevada Democratic Party’s Coordinated Campaign in 2018, helping elect Democrats up-and-down the ballot in Washoe County, Nevada’s swing district. She has also worked as a call time manager for a DCCC Frontline member of Congress, creating and executing a successful fundraising program.

Vanja graduated from McGill University in Montreal in 2018, and she previously interned in DC for Senators Sheldon Whitehouse and Jack Reed and in Rhode Island for Governor Gina Raimondo. 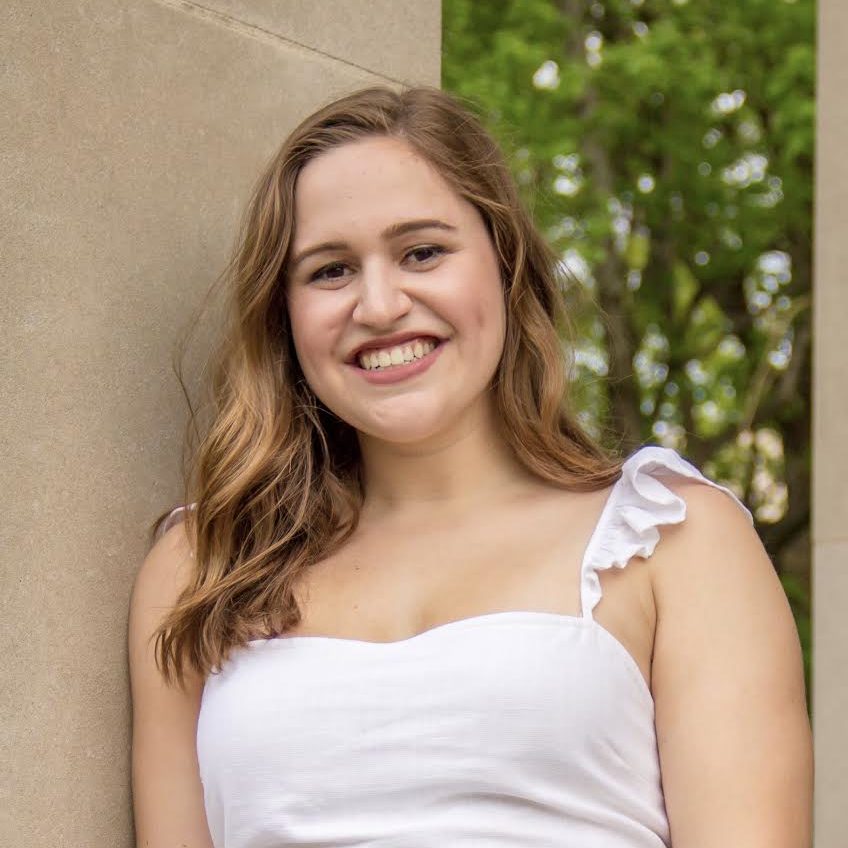 Prior to joining Fireside, Ariel interned at multiple advertising and communications agencies in Charlotte, Chapel Hill and New York City. As a student, she worked on a campaign to establish an LGBTQ+ Friendly Clinic at the Duke Family Medical Center in Durham, NC. More recently, she helped lead a research study focused on UNC’s communication efforts regarding an on-campus Confederate Monument.

Ariel Natt joined Fireside in the fall of 2019 as a junior digital associate. She is a graduate of the University of North Carolina and holds a degree in Media and Journalism with a minor in Social and Economic Justice. She is currently working with Al Gross for Senate.

Ariel is passionate about digital communications, social media and marketing and how these channels can impact social change.